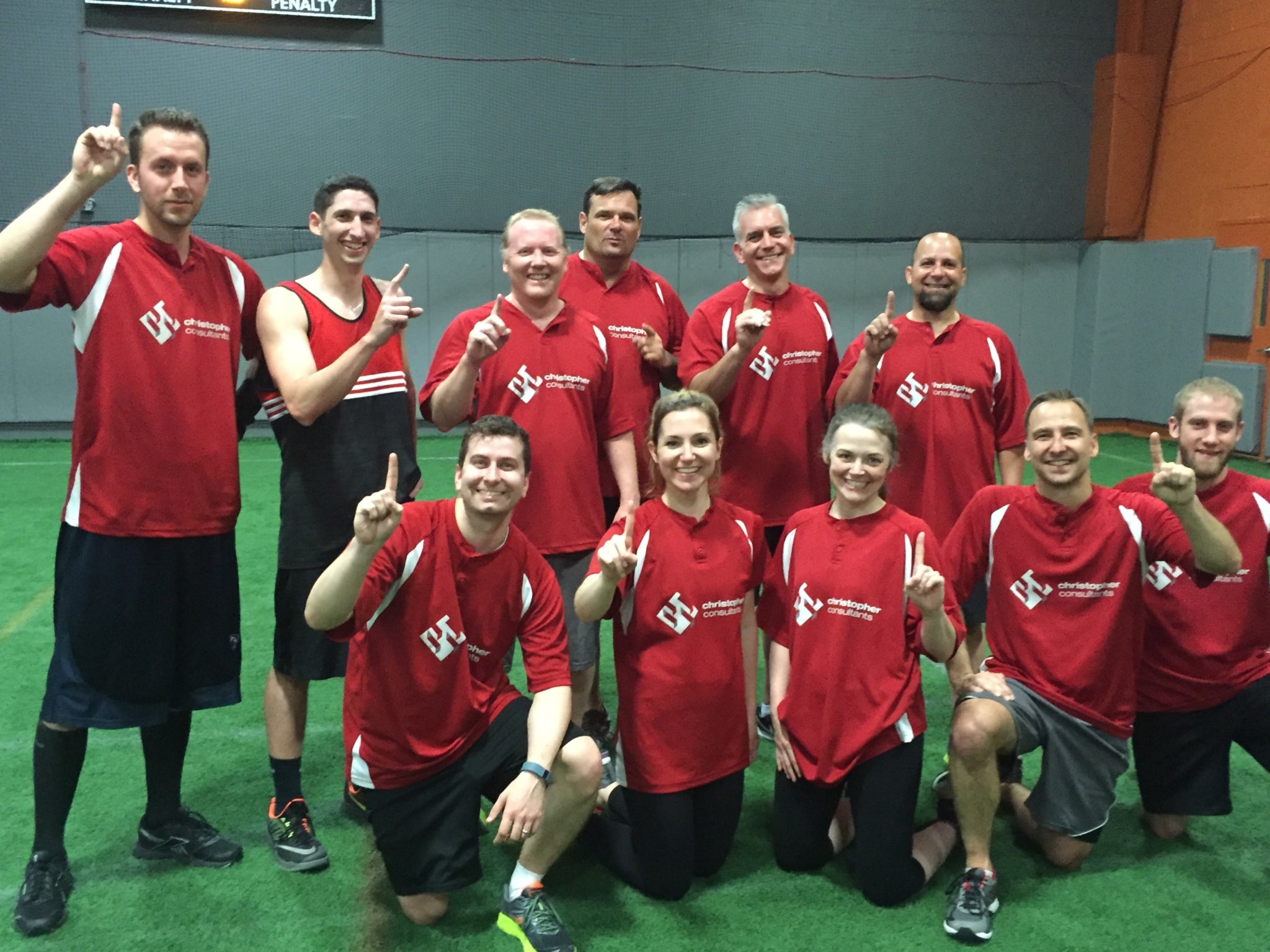 During this fun season, there were unfortunately too many injuries among engineers and surveyors that hampered their drafting/design ability!  In the interest of preserving the life and limb of the staff, christopher’s dodgeball team retired after one season. The thrill of ending the season as the league champions was dampened only by one particularly aggressive dodgeball to a christopher employee’s face which had the honor of being the “hit of the season” in the league’s year-end video recap.