William (Bill) Bradford II is a Group Leader in our Virginia Survey Division. He has been with christopher since 2002 and became an Associate in 2019. Bill is known as a professional and leader in the field of surveying, specifically for his skills in topography, ALTA Surveys and record plats, and for his expertise in CAD. He maintains outstanding client communication, and, as the head of a team, he efficiently manages project budgets and production schedules while he mentors and trains others on a daily basis. Adding to his role as an ambassador for the firm, Bill was a member of christopher’s 2030 Task Force, helping to guide the company’s strategic planning for the future.

“Bill Bradford provides outstanding guidance to our dynamic survey division. He mentors and trains others in the christopher way on a daily basis. His leadership extends beyond the division and throughout the company.”
-Brent Evans, LS, Group Leader, Principal

Bill is a graduate of the Eastern Shore Community College and Fairfax County Surveying Apprenticeship Program and is an active member in the Virginia Association of Surveyors. He enjoys spending time with his wife and son after work, as well as hiking, fishing and camping. 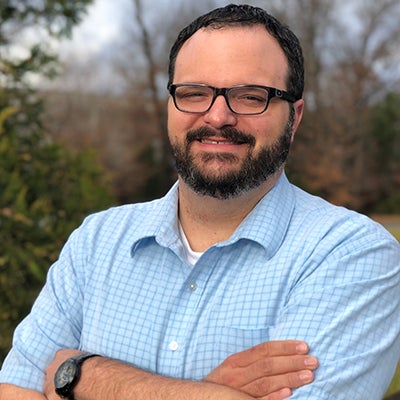