Eric Bogumil, P.E., is a Project Manager on the suburban team in our Prince William office and was named Associate in the firm in 2021. Eric focuses on projects in the Northern Virginia area as well as additional jurisdictions in southern Virginia. He has worked on several of our data center projects, including the high-profile Facebook Data Center outside of Richmond, VA. As Project Manager, Eric’s responsibilities will include overseeing and supervising a land development project’s life cycle as well as budget management to achieve both an efficient and timely completion. Eric will also continue to work closely with clients to ensure their expectations are met and exceeded on every project. Eric was a key member on christopher’s 2030 Task Force, a strategic advisory committee tasked with planning for the firm’s future.

Originally from Northeastern Pennsylvania, Eric graduated from The Pennsylvania State University in 2014 with a B.S. in Civil Engineering. Eric travels back to campus frequently for events including the ASCE career fair and at least one Nittany Lion football game per season.  Additionally, Eric is the Chair of NVBIA’s Future Leaders Committee and a dedicated player on our three-time defending championship softball team. 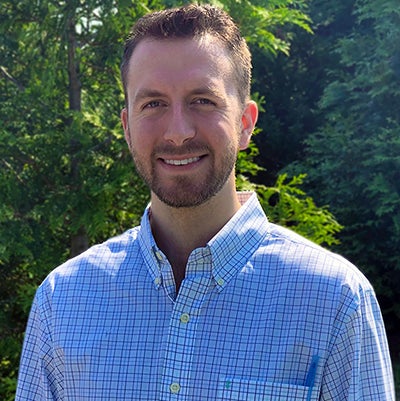