The Secret Behind our 30-Year Partnership with Buchanan Partners Groundbreaking at the Landing at Cannon Branch (Manassas Gateway)

People do business with people, not companies.

This has been the secret to the success behind the working relationship between christopher consultants and Buchanan Partners. Members of the christopher team have worked with Bob Buchanan, Brian Benninghoff, Steve Hubert, Russ Gestl, Charlie Turner and the Buchanan team for 35 years.

The relationship started in the early 80s when christopher had just been founded. One of our first projects was Loudoun Tech Center, managed on the christopher side by partner Lou Canonico. Buchanan was partnered with the Radnor Corporation, the real estate arm of Sun Oil Company. Later projects were completed by Buchanan Companies and then in 1998 became Buchanan Partners. Through these various leadership transitions the relationship between the people of Buchanan and the people of christopher has been maintained.

Though our work together started in Loudoun County, we have since worked on dozens of projects together all across the region. In the urban market, we have teamed together on projects like the Kingsley in Alexandria with services by Kevin Washington and his urban land team.

“Working with Kevin Washington and his team was a pleasure as they truly understand the City of Alexandria,” said Kingsley McAdam of Buchanan. The Kinglsey (image by Buchanan)

On the suburban side, Andy Gorecki and the suburban land team have worked with Buchanan on large ongoing projects like Heritage Hunt and Manassas Gateway in Prince William County.

Regarding the ongoing work at Manassas Gateway, Charlie Turner of Buchanan recently commented: “the relationships that Chris [Lemon] and Paul [Fleck, both of christopher] have with City and VDOT staff proved invaluable…I reached a comfort level with them both to handle many of these meetings successfully on their own – saving the project, and me personally, valuable time and money.”

These are just a few examples of the continuing relationship across diverse markets, 35 years of activities and with various contacts in both organizations.

The two companies and their staffs have always meshed well together, in part because both stress the importance of relationships. Bob Buchanan has been a common thread from the beginning. Bob’s leadership style stresses quality, loyalty and commitment to the local community. christopher’s early successes with projects in the early days led to many other opportunities. The relationship has grown over the past 35 years to include multiple christopher engineers, surveyors and land planners working together with multiple professionals at Buchanan, all across the region and on various types of projects. All thanks to a relationship developed many years ago.

Read about our featured employee for April, Bill Goldsmith! 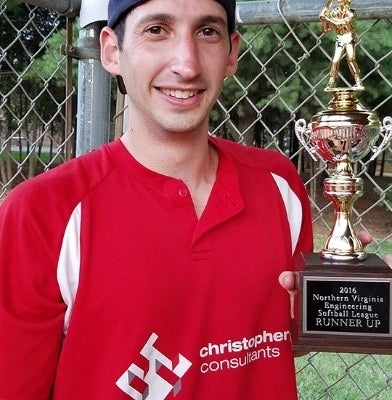